We offer FM systems: They support hearing over greater distances and in case of disturbing ambient noise by transmitting wireless radio signals. They allow to hear in such good sound quality as if the speaker would stand right next to the receiver - even if he or she is on the other side of the room.

FM systems may be combined with hearing aids and cochlear implants (CI). They are helpful for both - people with and without hearing problems, for example at large events and conferences.

FM systems consist of a transmitter microphone and one or more receivers. When the speaker talks, the microphone picks up the speech signals and transmits them as radio waves to the receiver(s).

The transmitter microphone is held in the speaker's hand or worn around the neck or clipped to the shirt collar. It is also possible to place it in the middle of the table during a discussion of a group of several people. Receiver devices can be worn behind the ear or around the neck. If they are connected to hearing aids and hearing implants such as CIs, the speaker's voice is transmitted directly into the hearing system.

Due to the wireless, digital transmission, the speech signals reach the receiver in highest quality. General noise as well as background and side noises are suppressed and larger distances are overcome.

Whether for better hearing when talking on the phone or watching television, at meetings with friends or business meetings - with several speakers or a single one: We offer various FM systems for a variety of listening situations, e.g. Roger Microphone, Roger Pen and Roger Select.

The right FM system for every hearing situation

We are happy to assist you!

Are you interested in FM systems? We will support you in finding the right FM system for you. Once you have selected a product, you are free to test it before you buy it.

At Oberlin Hörpunkt, we are happy to assist you! Our specialist staff will provide expert advice to meet your specific requirements and will assist you in finding the solution that best suits your needs.

At Oberlin Hörpunkt you can book your appointment directly online. Alternativerly you can contact us by email, telephone or use the contact form. 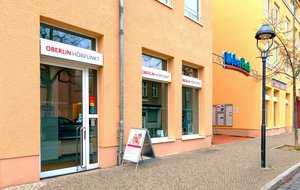 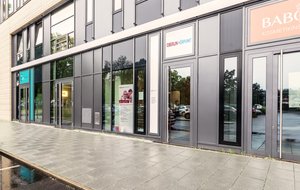 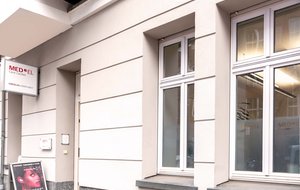 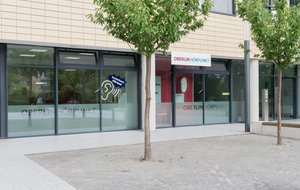